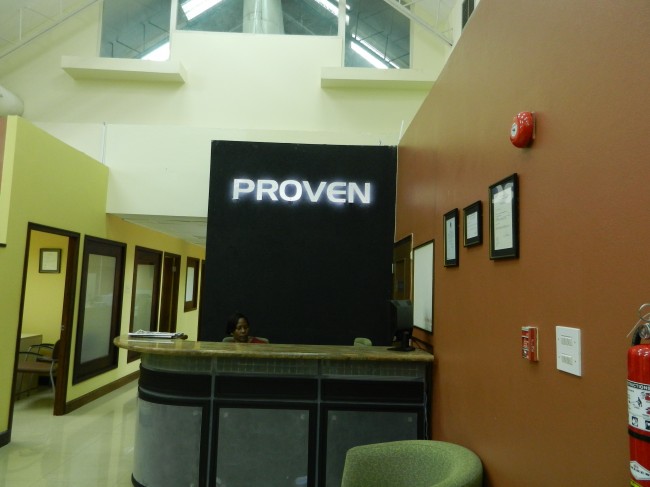 The transaction is close to being sealed, but still has “some hurdles left”, including some legal issues, our sources said.

The parties to the talks are mum on the deal.

Proven, which was established as an asset-management company four years ago, has made two acquisitions over the period – Guardian Asset Management’s Jamaican operation, rebranded later as Proven Wealth Limited; and hire-purchase financier, Asset Management Company Limited.

Proven Wealth, run by CEO Chorvelle Johnson, is in the same line of business as FGFS, which is managed by president Steven Whittingham, and will likely be merged if the acquisition is successful.

Both entities are small players in a field of 44 licensed dealers and a market last valued at $729 billion in funds under management. FGFS has laid claim to five per cent of the FUMs market – which approximates $36 billion at the current industry estimate – but does not disclose its financial performance. Its results are consolidated within the GraceKenndy group.

GK’s banking and investment segment, which includes First Global Bank (FGB) and FGFS, were estimated at just under $60 billion by balance sheet assets in 2013, more than half of which appears to reside in the commercial bank, and which central bank data indicates controls $35 billion of assets.

First Global Financial Services was established in April 2004 with the rebranding of predecessor George & Branday Securities Ltd. The company is in the business of securities trading, portfolio management, stockbrokerage services, structured financing, pension fund management and economic and corporate analysis.

Whittingham, who was hired late last year to run the company, had announced plans to plan to reshape FGFS’ client base and raise its profile among the investor class.

Courtney Campbell, chief executive officer of GK Financial Group, said then that the group would also be introducing new products and making a big marketing push to grow the business.

Proven, which was founded in 2009 by partners Peter Bunting and Mark Golding, Gary Sinclair and Chris Williams, is working on several acquisitions, including the Claro building in New Kingston, and other properties across the Caribbean.

The company, through subsidiary Proven REIT Limited, diversified into real estate in 2012 as an investor and most recently as developer of residential homes.